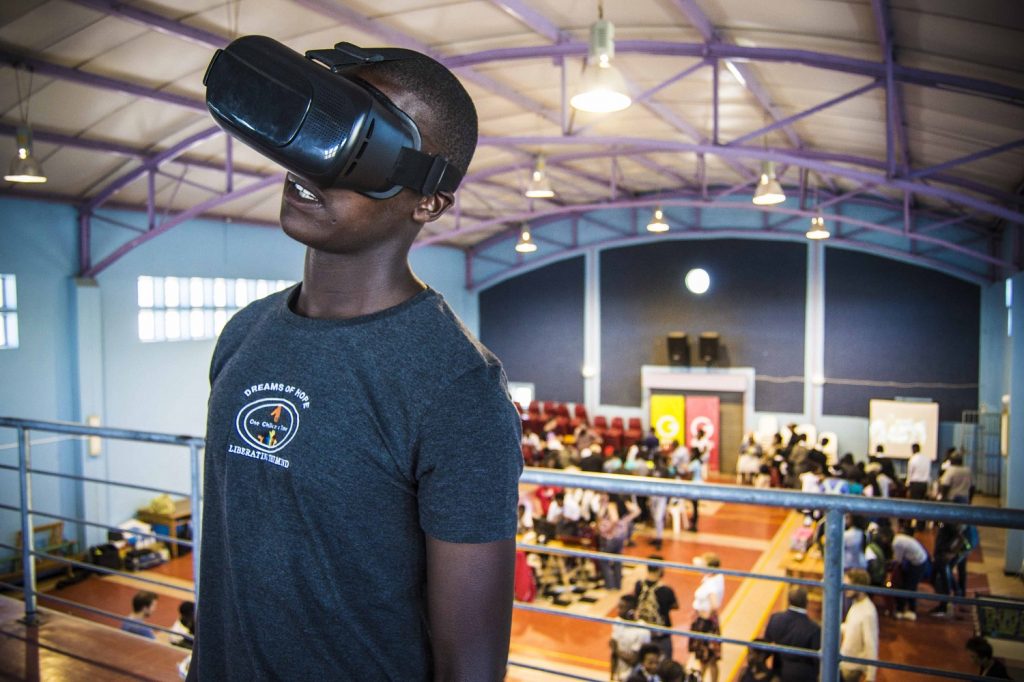 The US$135bn video game industry is slowly being recognised as a major force in the entertainment industry, but few people realise how important it is for the general tech sector and how its innovations will shape the future of business and society.

Some of the world’s leading disruptive technologies are being developed in the video games industry. It’s well-documented that the demand for improved graphics and sound for games was one of the key drivers of the exponential development of these technologies through the 80s and 90s. Today, hot trends such virtual reality (VR), augmented reality (AR), artificial intelligence (AI) and machine learning all either have their roots in, or have seen major innovations come from, the video game industry.

Virtual reality hardware companies such as Oculus and HTC have been working tirelessly to make VR headsets more affordable, useable and compact, primarily to sell them as consumer gaming hardware. These improvements in hardware (and software) have made an enormous impact in the medical and engineering fields where surgeons and engineers are now using virtual reality training games to improve and enhance their skills or designs in a (relatively) low cost and in a safe environment.

Following the global success of Pokémon GO in 2016, augmented reality has seen a resurgence in popularity, with Apple and Google releasing developer kits in 2017 and 2018 respectively. Applications outside of games include in the tourism sector, where developers look to combine geolocation and augmented reality – core to the engagement and success of Pokémon GO and its predecessor Ingress. This builds experiences that allow tourists to explore their environments while getting all the benefits of a knowledgeable tour guide on their smart devices. Other popular applications are from departments stores such as Ikea, allowing buyers to visually place products in their own homes before buying.

Many modern developments in AI that seek to simulate human interactions have their origins in video games, where developers have been striving to create systems that will allow players to have meaningful and realistic interactions with the many non-player characters that inhabit their virtual worlds.

There’s something innately human about how we deal with the dynamics of games involving our fellow players. For decades, one-on-one games been the battleground for benchmarking the “humanness” of computer systems. Computer victories have been greeted with a mixture of excitement and anxiety, for example when DeepBlue beat Garry Kasparov at chess and, more recently, when AlphaGo beat Lee Sedol at the far more complex game Go.

Games and play have been used as learning tools for most of human history and a trend is now to use games to help develop deep learning AI. An example of this is how Google initially trained its self-driving cars to drive in dense urban environments… using Grand Theft Auto 5, Rockstar’s smash hit game from 2013.

Interaction with video games is one of the foundational applications of the emerging field of evolutionary computing, which has been shown to beat deep learning at its own game (literally, Kung Fu Master and Asteroids). As a recent article in MIT Technology Review puts it: “What could possibly go wrong?”

Local industry leaders would be wise to follow developments in the games industry to predict potential trends, but more importantly to assess how games can be used to drive their own innovations. Luckily they don’t have to look far: while South Africa’s game development industry is still small by international standards it punches above its weight and provides innovative products to both international and local corporates.

Cape Town-based Sea Monster Entertainment developed Fear of Heights for ArcelorMittal, a VR application that helps the engineering company decide which employees are suitable to train for work at high elevations. Fear of Heights is a dangerous thing to test in a real-world environment. As it costs about R300 000 to train each worker, the game – which measures players’ responses and heart rates when they are put into a high-elevation situation – quickly recouped its investment.

Data Prophet has recently pivoted to a lazer focus on the application of AI in manufacturing, but earlier in their journey the Cape Town-based start-up developed emotion recognition software for a Japan-based games company. Through a computer webcam, the algorithm could accurately detect a person’s emotion by analysing their facial expressions – this would enable the in-game characters to chose realistic dialogue in response to the players’ reactions. This type of AI is widely used in gaming now and is starting to be applied in online-teaching applications too.

Another Cape Town-based studio, Renderheads, has developed a game, Vukuzenzele, that allows residents of informal settlements to reimagine what their community will look like by allowing them to reblock their immediate area in a puzzle game that uses 3D renders of their actual settlements. Apart from getting buy-in from the community the game also collects data for local and provincial government and the solutions for the puzzles can act as a blueprint for NGOs and city planners to actually reblock the area.

By keeping an eye on international trends and working with local game developers, South African companies can give themselves the innovation edge.